Four Common Pediatric Respiratory Emergencies (And How to Avoid Them) 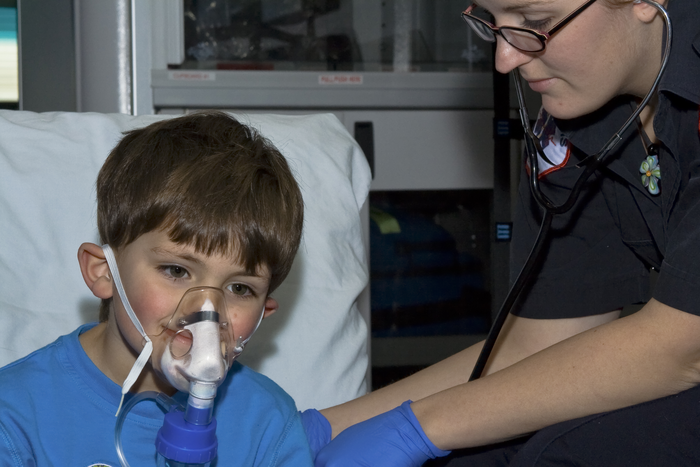 Pediatric emergencies are always a bit unsettling. Fortunately, children make up a minority of our patients, but when these emergencies occur, it can be stressful—for the patient, for the patient’s family, and for you, the responder.

And when children’s emergencies involve the respiratory system, they can be even more harrowing. Few things are scarier than a child who can’t breathe. So, in an effort to calm our nerves, let’s discuss four common pediatric respiratory emergencies and how to avoid them.

Asthma is a common respiratory condition in adults but can also affect 5.1 million children. In 2019, 44.3 percent of children age 18 and younger who had asthma said they had one or more asthma attacks during the past year, and . This chronic disease of the lower airways is exacerbated by usually innocuous stimuli, causing bronchospasms and associated wheezing. The patient typically keeps home treatments available, but if the updraft doesn’t work, or if the patient is out of medication, a respiratory emergency can easily commence.

Croup is another common condition in children and typically presents in children between six months and 2 1/2 years of age. Most of us are familiar with the associated seal bark (stridor), caused by upper-airway inflammation and edema. It is usually caused by a virus and accompanied by a low-grade fever and a runny nose.

Another condition associated with wheezing and sometimes mistaken for asthma is bronchiolitis, which is viral and typically strikes children younger than two years of age. It is the common lower-respiratory tract condition in children and the leading cause of hospitalization in infants. The peak age for bronchiolitis is two to six months of age and, if left untreated, can lead to respiratory failure and death.

Many of us think of pneumonia as a common occurrence in the elderly, which it is. But it is also a serious health risk in children. It can be bacterial or viral in nature and typically presents with fever, productive cough, chest pain, and congestion. In the very young, it can simply present as lethargy, poor feeding, or irritability. As the number-one killer of children worldwide, this condition is not to be taken lightly, so stay alert for the symptoms.

The Role of the Responder

As an emergency responder, there is little you can do to prevent such conditions, but you can certainly prevent their associated complications—the most imperative being respiratory arrest. Stay alert for signs of respiratory insufficiency and failure that, if left untreated, can lead to arrest. These include:

Pediatric respiratory emergencies are frightening for all involved. But readiness, alertness, and decisive action on your part can prevent many of the associated complications. Your primary responsibility is early detection, so recognize the signs and treat swiftly and accordingly.

Editor’s Note: This blog was originally published in May of 2017. It has been re-published with additional up to date content.

How Pharyngeal Suction Can Save Your Patient

3 Airway Management Scenarios You Need to Train For

How to find reliable COVID-19 data

What Happened to Wonder? A Nurse Looks Back