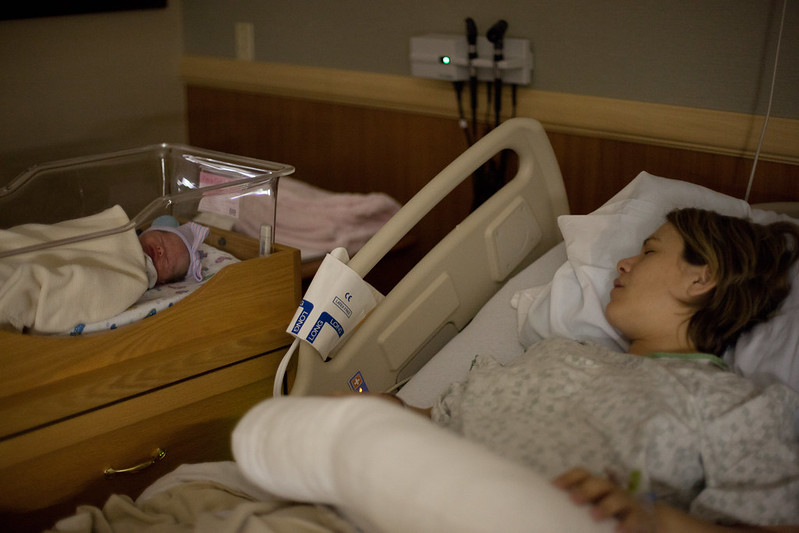 The Biden administration plans to leverage the federal government’s clout as a major purchaser of health services to try to improve the quality of maternal care, with plans to create a new “Birthing-Friendly” hospital designation.

The Centers for Medicare and Medicaid Services (CMS) on Aug. 1 said it will proceed with previously announced plans to establish this hospital designation in the fall of 2023. This is being created through the rule establishing Medicare’s policies in connection with payment for care of people admitted to hospitals for fiscal 2023.

A Medicare rule might seem an odd choice as a vehicle for addressing concerns about care provided to women after giving birth. As a program for people age 65 and older and those with disabilities, Medicare covers few births. Medicaid, which covers people with low incomes, covered 42% of births in 2020, according to the nonprofit Kaiser Family Foundation. But state governments are the drivers of much of Medicaid policy, while the federal government often seeks to raise standards of hospital care across the board in the U.S. through requirements added through annual Medicare policy updates.

The new maternity care hospital designation will be publicly reported on a CMS website, the agency said in the final version of the inpatient payment rule.

“We believe that adoption of this designation represents a first step in informing the public in a meaningful and consumer-friendly manner about hospitals’ commitment to the provision of high-quality maternity care and it will empower the public to make more informed decisions as to where they choose to obtain care during pregnancy and postpartum,” CMS wrote in the rule.

CMS first released the draft version of the fiscal 2023 Medicare hospital inpatient rule, including the proposed “Birthing-Friendly” designation, in April. The agency then sought feedback from the public.

Journalists interested in this issue can use the Regulations.gov database to look for reactions by local and state groups of interest to this proposal. This is a website that posts draft and finalized versions of federal rules and the comments submitted about them by the public. Here’s the link to find the materials related to the draft 2023 hospital inpatient rule and here’s a recent AHCJ tip sheet on using comments on federal regulations to search for sources. Good search terms for this provision of the rule include “Birthing-Friendly.”

In its comment on the fiscal 2023 draft rule, for example, the American Medical Association (AMA) raised questions about CMS’s approach to creating the “Birthing-Friendly” designation. The new designation would be awarded to hospitals based on participation in certain statewide and national perinatal quality improvement efforts, as well as their approach to practices intended to reduce maternal complications, including hemorrhage, preeclampsia or sepsis.

“The AMA supports CMS’ efforts to address inequity and decrease maternal morbidity and mortality but question whether this additional designation contributes to informing patients and family members beyond what is currently available and reported on Care Compare” website, wrote James L. Madara, M.D., AMA’s president in a June 17 comment on the draft rule.

“While the initial designation would be straightforward since it is based solely on the current structural measure, it is not clear how future iterations would be used to determine whether a hospital earned the designation and how patients will understand the difference between this status and the star rating a hospital receives,” he wrote.

Madara also told CMS that the designation “Birthing-Friendly” would “likely elicit a certain reaction in patients and expecting mothers and the AMA believes that if this designation is implemented it will be extremely important to increase patient understanding around this term so that patients are not deterred from going to hospitals closer to their residence where they could receive care.”

In the final version of the 2023 hospital inpatient rule, CMS summarized the comments submitted about this proposal and offered responses.

“We acknowledge that for some patients, including those in emergent situations, there may not be opportunities to choose the hospital in which they deliver. However, for many patients, there is an opportunity for some choice, and we believe it is important to provide meaningful and user-friendly information to help inform those choices,” CMS said.

“We also note that there are other important uses for collecting and publishing the data, including transparency to incentivize continuous improvement,” CMS said.

CMS also addressed a question raised among commenters about whether Medicare claims would be considered as sources of quality data for a maternity care quality designation.

“Medicare claims would likely be less useful as sources of quality data for a maternity care quality designation, which is why we have focused on the use of an attestation measure” regarding compliance with certain quality initiatives at the start of this program, CMS said.

CMS said it intends to explore the potential use of information drawn from electronic health records and quality measure data for future benchmarks for the program.

Many partake in certain habits like looking at screens before bed, which can be detrimental to healthy sleep — ScienceDaily

Libraries as a mental health haven?

As health problems stack up, so do serious financial woes, study shows — ScienceDaily

What Does a Cardiac Nurse Do?

Stigma-Free Care for Monkeypox: What Nurses Need to Know