About Margarita Birnbaum and Bara Vaida 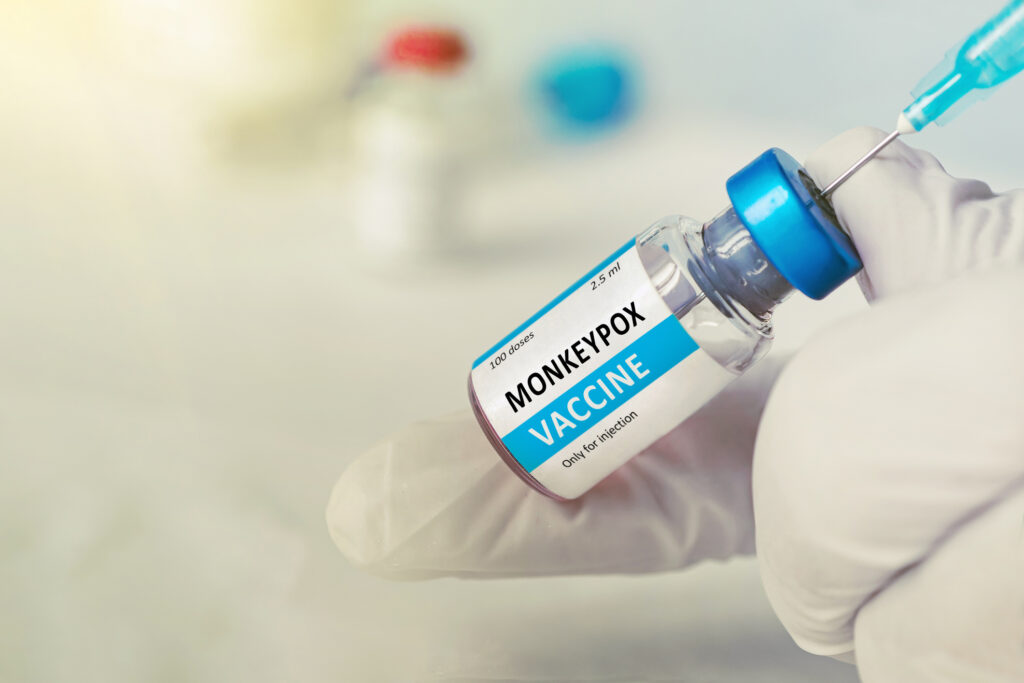 Non-Hispanic Black and Hispanic people account for more than half of reported monkeypox cases in the United States as of last week, according to a recent report from the CDC. This has been an underreported angle for journalists as federal public health authorities haven’t had much race and ethnicity data to work with since the outset of the outbreak in May.

According to the CDC, as of August 12, 2022,  in the United States and Puerto Rico, a the lack of data has made it difficult for health officials to identify and prioritize the target audience of their prevention, treatment and vaccination education efforts. But there are some anecdotal reports that vulnerable communities are facing challenges accessing monkeypox vaccines.

“This [is] a major issue and will continue to be for as long as vaccines are in limited supply,” said Leana Wen, M.D., research professor of health policy and management at the George Washington University School of Public Health, adding that she has heard that many people who aren’t at high risk for the disease are saying they are to get ahead of the vaccine line. “This is what happens when limited resources are treated like a free-for-all,” she said. “Those with privilege will get it. Instead, the limited vaccines should be distributed to where people are.”

Monkeypox spreads in a variety of ways but primarily through prolonged skin-to-skin contact. Although it is not considered a sexually transmitted disease, it has “gained a foothold in one specific tight-knit social network: men who have sex with men,” wrote epidemiologist Katlyn Jetelina, in her Aug. 3 newsletter ‘Your Local Epidemiologist.’ “This means this group is most at risk ‘right now,’ and public health outreach, policy, and resources are laser-focused on this community and rightfully so.”

Bara Vaida,  AHCJ’s core topic leader on infectious diseases, has written several blog posts about monkeypox that include information about the disease, experts you should follow on Twitter and other reporting and story suggestions.

In this tip sheet, we share three threads that will add more context to your stories about the race and ethnicity disparities in monkeypox infection and vaccination rates. We also offer names of experts you can call, contact information for health departments, and data resources. 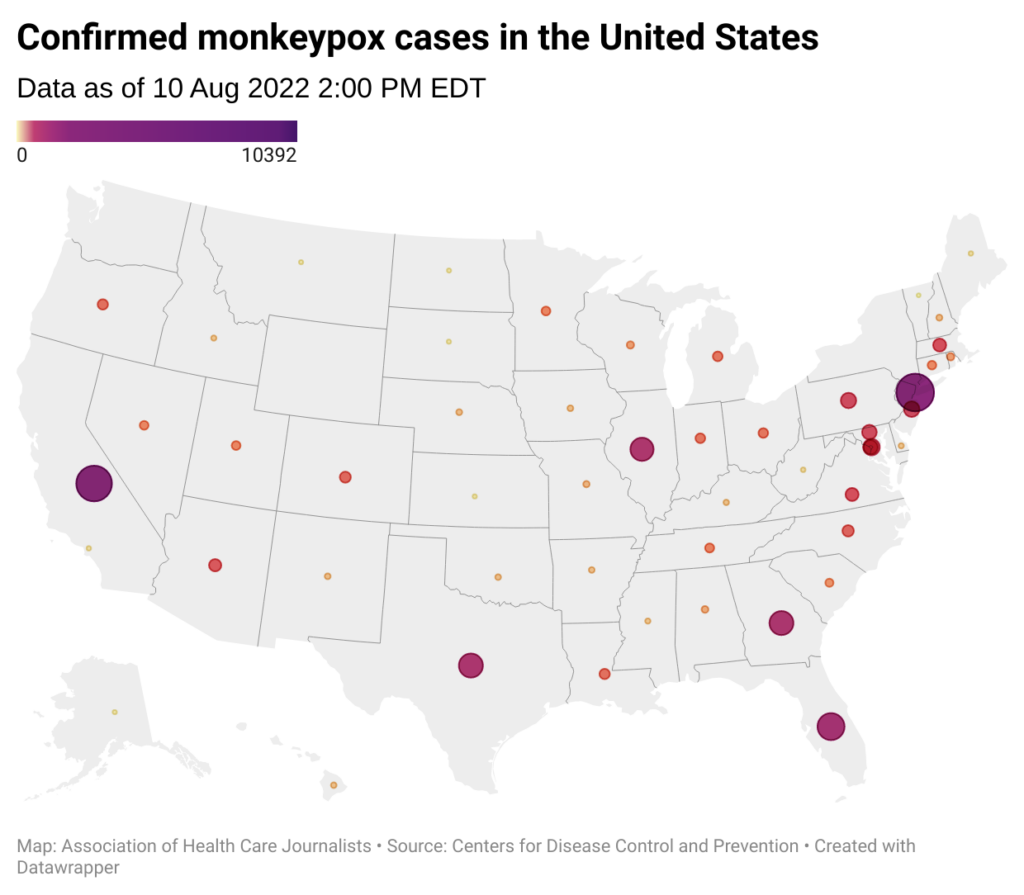 Why has the health equity data been hard to access even as the viral pathogen continues to spread like wildfire? That’s a question for the states and jurisdictions that haven’t made demographic trend data available to CDC researchers and rely on their counterparts to let them know what’s happening on the ground. We saw a similar pattern in the early months of the COVID-19 pandemic when data showed that the rate of incident cases  was higher among Hispanic and non-Hispanic Black Americans.

On August 4, 2022, some federal public health officials addressed the lack of data they have from local agencies on a conference call with reporters that included Xavier Becerra, the Secretary of the U.S. Department of Health and Human Services, and Rochelle Walensky, M.D., M.P.H., the director of the CDC.

White House National Monkeypox Response Coordinator Robert Fenton said the public health emergency declaration would allow him and his colleagues to “explore additional strategies to get vaccines and treatments more quickly out to the affected communities, and it will allow us to get more data from jurisdictions so we can effectively track and attack this outbreak.” Fenton didn’t elaborate on why they expected to get more trend information from non-federal agencies.

Check out the new tip sheet for more details.

In early 2021, racial and ethnic minorities had higher rates of depression and anxiety than white people, even after controlling for various factors — ScienceDaily

In early 2021, racial and ethnic minorities had higher rates of depression and anxiety than white people, even after controlling for various factors -- ScienceDaily

Hospitals, HHS each scored a win and a loss in recent Supreme Court cases

3 Potential Benefits of CBD for Nurses