Stigma-Free Care for Monkeypox: What Nurses Need to Know

Brian Thomas, RN, CCRN, a travel nurse working at a neuro intensive care unit in Los Angeles, was diagnosed with monkeypox in late June and said it was “pretty horrible.” 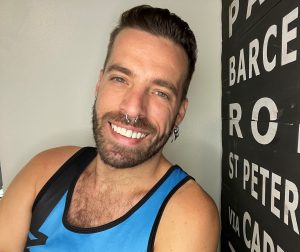 “I had all of the standard flu-like symptoms … malaise, ran a fever, had sweats and chills, and a really horrible headache for three days,” Thomas said. “I started to notice strange blemishes on my skin that looked and felt like bug bites at first. They itch and are small when they first start. Then they develop. Some get bigger than others.”

Besides the unrelenting headache, Thomas said the worst among the symptoms were anal-rectal tract lesions. Symptoms associated with the lesions included intense abdominal cramping, constipation, and pain with bowel movements.

“Statistics are showing that a lot of patients that are getting monkeypox are getting mucosal lesions, so lesions in their mouth, anus, urethra, and vagina,” Thomas said.

Thomas, a Public Health Creator on TikTok (@pozrn), has talked openly about being HIV positive and has been transparent with the media and on social media about his monkeypox experience. He said while his case of monkeypox cleared in two weeks, he has mild scarring and lingering anal-rectal tract discomfort months later.

People who have monkeypox can transmit it until their lesions clear. That means the lesions have completely healed — the scab has fallen off and there is healthy skin growing under that scab, Thomas said.

The good news is that while monkeypox is uncomfortable, it doesn’t appear to be deadly in the way that COVID-19 could be. But in rare cases, monkeypox lesions can inhibit breathing or swallowing, and lesions that affect the eye area can be more dangerous. In general, people who go to the hospital for their symptoms are there for pain management, according to Thomas.

The monkeypox virus, part of the same family of viruses that causes smallpox, was discovered in 1958 in colonies of monkeys kept for research. Despite being named “monkeypox,” the source of the disease remains unknown, according to the CDC. 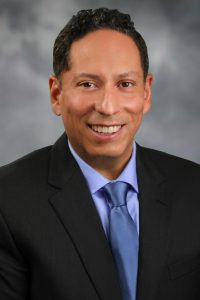 The first human cases of monkeypox appeared in 1970 and had been mostly restricted to central and western Africa, according to Vincent Guilamo-Ramos, PhD, MPH, LCSW, RN, ANP-BC, PMHNP-BC, FAAN, Dean and Professor of the Duke University School of Nursing, and Vice Chancellor for Nursing Affairs, Duke University. It was rarely seen outside Africa except for cases tied to those traveling internationally to endemic areas and being exposed to the virus, according to Ramos.

“With the current global outbreak, monkeypox is much more pronounced where we’re seeing transmission across the globe,” he said.

Today, transmission is primarily associated with close skin-to-skin contact, according to Ramos.

According to a CDC report, 99% of U.S. monkeypox cases occurred in men, 94% of whom reported recent male-to-male sexual or close intimate contact. As a result, public health efforts should prioritize gay, bisexual, and other men who have sex with men, for prevention and testing, as well as addressing equity and minimizing stigma, while maintaining vigilance for transmission in other populations, according to CDC.

Classic monkeypox presentations include blisters that look like pimples, which can spread across the body or as an atypical presentation of a single lesion on a particular body part, according to Ramos.

It’s important to note that lesions can be on the internal mucosa and may not be visible on the skin. Clinical exams might miss those, Ramos said.

“The rash tends to be painful,” he said. “It can be itchy. You can have symptoms like fever, muscle weakness, large lymph nodes. You can have problems swallowing or defecating. So, a patient may not have lesions on the skin but may be having bloody stool. Or [the patient] may report that when they eat, they have a hard time swallowing.”

Symptoms tend to last about two weeks. And most cases of monkeypox resolve on their own, Ramos said.

While there are no treatments approved specifically for monkeypox virus infections, antivirals developed for smallpox help treat monkeypox, according to the CDC.

One of the antivirals is tecovirimat, or TPOXX, but the U.S. government has an expanded access protocol for use of stockpiled tecovirimat to treat monkeypox during an outbreak.

“Providers have to ask for access to TPOXX,” Ramos said. “But most people don’t need the antiviral.”

ACAM2000 and JYNNEOS (also known as Imvamune or Imvanex) are two currently licensed vaccines in the U.S. to prevent smallpox, and when administered before and even after monkeypox exposure, these vaccines can protect people against monkeypox. The sooner it is administered, the better, according to the CDC.

“As nurses, we all need to talk about the vaccine and make the vaccine available to people who are at risk,” Ramos said.

Nurses can educate people about infection control by stressing hand washing, according to Ramos.

Those who are infected should avoid touching their eyes, he said. And if they live with other people in the home, they should consider isolating and covering their skin (including wearing a mask), when around others. Monkeypox can be transmitted to cats and dogs, so patients should also isolate from house pets, according to Ramos.

To protect themselves in the workplace, it’s pretty much business as usual for nurses, according to Thomas.

“Monkeypox patients are like any other patients that require contact and droplet precautions,” said Thomas. “Wear the correct PPE, and you’ll be fine. In nursing, we deal with way more infectious diseases.”

The gay community experienced unfortunate stigmatization at the onset of the outbreak, according to Thomas, who said there are a few ways in which nurses can care for monkeypox patients with dignity and in a way that doesn’t stigmatize those with the virus.

The fact is that monkeypox can spread to anyone through close, personal, often skin-to-skin contact, including direct contact with monkeypox rash, scabs, or body fluids, according to the CDC. Transmission can also occur by touching objects, fabrics, and surfaces that have been used by someone with monkeypox, as well as through contact with respiratory secretions.

In fact, an August 19 Morbidity and Mortality Weekly Report by the CDC said surfaces contaminated with monkeypox were found in the home of two patients living in the same home and were referred to as “travel-associated cases of monkeypox.” Samples were collected for testing 20 days after the two patients had isolated at home.

Nurses caring for patients with monkeypox should ask questions that have purpose and avoid asking purely out of curiosity, according to Thomas.

“Unless you are involved in contact tracing, never ask the patient how or when they got it. It’s none of your business. You know how it is spread,” Thomas said.

Thomas said he understands the conundrum — the need to identify patients most at risk. But sometimes just doing that can be stigmatizing and can cause further inequities, Thomas said.

The assessment should be nonjudgmental, according to Ramos. “It’s about making sure that we’re not blaming; we’re not using language that is shameful; and that we’re inviting patients to open up and share their sexual health conversation with us,” Ramos said.

It can be an opportunity for nurses and patients to have conversations about safe sexual health practices, he continued. These conversations have to be realistic and without creating false dichotomies, Ramos said.

“Don’t have sex” isn’t a realistic message, but encouraging people to think about their risk is and then offering solution-based or pragmatic approaches about how they can reduce their risk of getting or transmitting the virus can be helpful, according to Ramos.

Another tip: Don’t assume anyone’s sexuality or gender because they have monkeypox, according to Thomas. “This does not discriminate, and you shouldn’t either,” Thomas said.

It is important to send the message that this is not a gay disease, according to Thomas.

“It’s an infectious disease that is spread by close contact … having that frame of mind and reference when approaching this situation is really important,” Thomas said.

Without nurses, there is no public health response

Nurses are, as always, at the front lines of this and other epidemics and pandemics, according to Ramos.

“There is no public health response without nurses,” Ramos said. “With monkeypox, we have a window of opportunity where we have to make sure that we are getting the vaccines, medications, testing, and screenings to people who need it most in a pragmatic strategy, at lightning speed. In order to do that, it’s going to require nurses.”

Nurses can also help address health inequalities that appear to be happening with monkeypox, according to Ramos.

“When we think about who is being most impacted by monkeypox, in North Carolina for example, we see a basic pattern, which is men who have sex with men (MSM), and that pattern has been clustered among Black MSM,” Ramos said.

Nurses play a big role in being able to reach the right people with testing and vaccines, Ramos said.

According to a New York Times article, the racial disparity is also evident in New York City where, as of August 19, Black New Yorkers received fewer vaccine doses than White or even Hispanic residents.

“We went back to vaccine cattle calls — everyone come — even though we know that if we do broad-based, top-down, no-nuance messaging, it is not going to reach everyone who needs it,” said Matthew Rose, a Black HIV and social justice activist, said in the article. “This was a foreseeable problem. We ran the same play we have run every other time before.”

Take these courses to learn more:

Diversity, Equity, and Inclusion for the Healthcare Employee(1.5 contact hrs)Ensuring that a healthcare system is culturally competent can reduce health disparities. Healthcare employees who have effective interpersonal and working relationships are essential to successful healthcare outcomes. Healthcare staff provide care to individuals from many backgrounds, so it is essential that they receive proper Diversity, Equity, and Inclusion (DEI) training. DEI training should be integrated into the standard hiring and onboarding process for the entire healthcare workforce.

Danes lost 30,000 years of healthy life due to COVID-19 in the first year of the pandemic, study finds — ScienceDaily

The Importance of Nursing Internships

From Horses to Humans: My Unconventional Path to Nursing

Accounting vs Nursing: Which Should I Study?