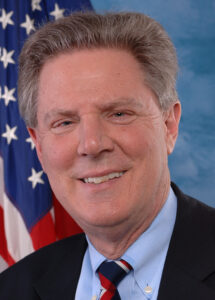 Congress has a chance in September to try to speed the pace of studies needed to confirm whether drugs sold in the U.S. under accelerated approvals are helping people live better or longer. Journalists covering this issue may want to take a look at two recent papers on this subject.

In the first section of this two-part blog, we yesterday explained the politics of this issue. U.S. lawmakers are under pressure to reauthorize the Prescription Drug User Fee Act (PDUFA) by the end of this month. Work on the Senate version of the bill stalled during the summer. The House in June passed its version of the bill, 392-28, with strong bipartisan support.

The House bill would give the Food and Drug Administration (FDA) extra authority to compel drugmakers to hold up their ends of the bargains struck on accelerated approvals. These are agreements that allow earlier sales of seemingly promising medicines. Two papers published last month by well-known health policy experts backed the House bill’s approach.

Writing in JAMA Health Forum, researchers in Harvard’s Program on Regulation, Therapeutics, and Law (PORTAL) concluded that many drugs cleared by accelerated approvals didn’t provide a notable advantage over already available therapies. In an August paper in Health Affairs, two health experts who served in the Obama administration looked at how the current federal regulation and payment policies for drugs cleared by accelerated approvals fail to provide an economic incentive for companies to do the research needed to prove their medicines help people live longer or better.

If you are new to this topic, here’s a brief introduction to accelerated approvals. Feel free to jump to the next section if you don’t need this.

The FDA is willing to allow sales of medicines for serious illness based on evidence suggesting, but not confirming a benefit. This accelerated approval pathway emerged in the 1990s and was first used to provide access to an HIV medicine.

But cancer drugs have dominated the accelerated approval process, due in large part to rapid advances in understanding how to better target cells gone awry in the body. The FDA uses accelerated approvals to allow introductions of new medicines and approve additional uses, called indications, of a product.

In short, with accelerated approval, the FDA and the company make a well-educated guess that positive early data on a drug will prove correct. This promising data often comes from results from the second of three stages of testing, known as phase 2.

Looking at lab tests and imaging reports, for example, researchers may see patterns suggesting experimental drugs are holding tumors in check. With accelerated approval, sales thus can begin earlier for these medicines, while companies continue the research needed to prove they work. This allows more patients, very often facing terminal disease, to try these drugs.

Sometimes this approach works out well for all parties. In these cases, the company proves within a few years that the drug did indeed work as expected. You can see this clearly on a helpful website that the FDA’s cancer division created. (The FDA’s cancer-drug review operations are also called the Oncology Center of Excellence [OCE)]. I tend to avoid this name in writing on the FDA as it seems somewhat promotional.) This website has a database showing cases of “verified benefit” for cancer drugs cleared by accelerated approvals.

But sometimes subsequent studies fail to confirm a benefit for drugs cleared by accelerated approvals. You can use this FDA website to check how many accelerated approvals for cancer drugs have been withdrawn. And the third shows many medicines still need confirmatory trials. You can noodle around with these and get an idea of how long doctors and patients can be left in limbo, waiting to learn whether early promising signals for a medicine were correct.

The trade group Pharmaceutical Research and Manufacturers of America (PhRMA) highlights the relatively small number of withdrawn accelerated approvals as evidence that the program works. PhRMA also noted in a fact sheet that there are many reasons why confirmatory trials can take longer than originally planned, including an inability to enroll patients.

Still, House Energy and Commerce Chairman Frank Pallone (D-NJ) has been pressing this year to give the FDA more clout to handle problematic cases of accelerated approvals.

“The Accelerated Approval Program allows patients to access innovative new drugs while the manufacturer and FDA conduct additional studies to confirm the product’s clinical benefit,” the New Jersey Democrat said in March. “However, under the current system, some products have been allowed to stay on the market for far too long without clinical trials that demonstrate a real clinical benefit for patients. Patients deserve to know that the drugs they are taking are safe and effective.”

For those interested in a deeper dive on this issue, please see this 2021 tip sheet from The Journalist’s Resource. It includes steps for finding out what information the FDA expects to get from confirmatory studies of drugs cleared by accelerated approvals.

In their JAMA Health Forum article, Kerstin N. Vokinger, M.D., J.D., Ph.D., LL.M., and colleagues at Harvard’s PORTAL reported on an analysis of a subset of drugs cleared by accelerated approvals. They focused on medicines for which national health authorities in Germany, France, and Canada had done value ratings based on the expected benefits.

Their conclusion was that of “new drug indications approved through the accelerated approval or conditional marketing authorization pathways in the U.S. and Europe from 2007 to 2021, 38.9% and 37.5%, respectively, demonstrated high therapeutic value.”

That means many of the drugs given accelerated approvals didn’t offer marked advantages to existing therapies. Thus, this analysis should bolster arguments for the changes the House-passed PDUFA bill would make in the accelerated approval pathway, Vokinger and colleagues wrote.

“The bill would require companies to start confirmatory studies before accelerated approval, setting of enrollment targets, and biannual reporting of study progress,” they wrote. “The bill would also codify an expedited withdrawal procedure” that could be used in cases where the data fails to prove an expected benefit of a drug.

Writing in Health Affairs, Mahnum Shahzad, a Ph.D. candidate in Harvard’s health policy program, presented an analysis of cancer drugs that were cleared between 2012 and 2018 through the accelerated approval process. Her co-authors, Richard Frank, Ph.D., of the Brookings Institution, and Ezekiel J. Emanuel, M.D., of the University of Pennsylvania. Frank and Emanuel both served as top health policy advisers in the Obama administration.

They found that companies did not get a significant improvement in prices for these products after confirming their benefits in subsequent research to the accelerated approval. And doing these studies puts the companies at risk of failed trials, leading to the withdrawal of products or at least approvals of certain uses of their medicines.

So the current approach “undermines a key economic incentive for drug companies to conduct and complete confirmatory trials for cancer drugs approved through the FDA’s accelerated pathway,” wrote Frank, Shahzad and Emanuel.

They suggested Congress create “an economic incentive” by adjusting administered prices under Medicare’s Part B program according to whether a confirmatory trial has been successfully completed.

“Alternatively, Congress could establish performance standards for the FDA to enforce agreements to complete confirmatory trials in a timely fashion,” they wrote. “Such performance metrics could be incorporated into the reauthorization of the Prescription Drug User Fee Act of 1992, whose legislative authority expires in September 2022.”

The perhaps most troubling current example of a problematic accelerated approval is the FDA’s long-running battle over the drug Makena. In 2011, the FDA granted it accelerated approval as a means of reducing the risk of premature births. The agency has been trying to do this since 2020 but has not been able to get the maker of the drug to agree. So the FDA has scheduled a public hearing in October as part of its effort to withdraw the accelerated approval.

“Makena flunked its confirmatory study, failing to show the drug works, but still the company has refused to pull it from the market,” Zachary Brennan of Endpoints News wrote in an Aug. 16 story.

What Is Sleep Latency? – The Sleep Doctor