ENA Ramps Up Efforts to End Violence in Healthcare

Todd Haines, MSN, RN, EMT, CEN, director of trauma services at a level 3 trauma center in Tennessee, says he’s been verbally and physically assaulted more in the 12 years he’s worked as an ER nurse, than in the entire 10 years he worked in law enforcement. While violence in the emergency department (ED) isn’t new, workplace violence in healthcare settings has increased across the country.

A recent National Nurses United survey released in April found that 48% of hospital nurses reported seeing an increase in acts of violence.

Haines says pandemic stresses seem to have exacerbated violence against nurses in the ED with some patients blaming nurses for COVID-19 no-visitor policies and other safety measures.

“There are families of patients who lashed out at nurses, believing they were the ones responsible for the COVID-19 restrictions that kept them from seeing their loved one,” said Haines. “We’ve even had nurses who have been verbally abused when they’re with their own families out and about in the community.” 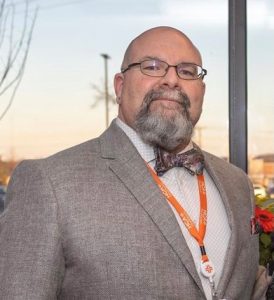 The National Institute for Occupational Safety and Health (NIOSH) says staff shortages, increased patient morbidities, exposure to violent individuals, and the absence of strong violence prevention programs and protective regulations are all barriers to eliminating violence against healthcare workers.

While psychiatric patients and older adults with dementia make up a small percentage of those who get verbally or physically abusive, Haines says patients under the influence of drugs and alcohol are also responsible.

Getting involved and taking action

This past May, Haines, Immediate Past-President of the Tennessee state chapter of the Emergency Nurses Association (ENA), traveled to Capitol Hill in Washington D.C., with other ED nurses and physicians to push for federal legislation that would require hospitals to create comprehensive violence prevention programs.

In his testimony on Capitol Hill, Haines cited incidents where ED nurses had been “bitten, punched, knocked unconscious, and strangled with stethoscopes, all while trying to provide basic care to patients.”

Haines says the Workplace Violence Prevention for Health Care and Social Service Workers Act has cleared the House and been introduced to the Senate by Senator Tammy Baldwin (D-WI). The legislation would direct the Occupational Safety and Health Administration (OSHA) to issue a standard requiring health care and social service employers to write and implement violence prevention plans to protect their employees.

“This legislation would help hospitals to develop more uniform plans to protect employees from violence,” Haines said. “Right now some of the larger EDs have metal detectors, and personal panic buttons for staff to attach to their badges, but not all hospitals have access to the same safety measures.” 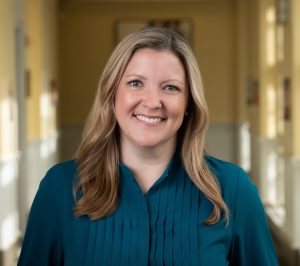 Jennifer Schmitz, MSN, EMT-P, CEN, President of the ENA, says it’s important for acts of violence in the ED to be addressed rather than just tolerated as “part of the job.”

“As an ED nurse for 20 years, I’ve endured numerous verbal assaults and witnessed one of my co-workers being choked,” Schmitz said. “Violence isn’t exclusive to the ED, but staff who work in the ED do see a higher volume of cases.”

Schmitz cites a survey by the ENA and the American College of Emergency Physicians (ACEP) showing how commonplace violence in the ED has become. Approximately 70% of ED nurses report being hit and kicked on the job.

In 2019, the ENA and ACEP launched the No Silence on ED Violence campaign to support and empower their members and provide resources on how to increase their safety at work. The campaign also engages state and local policymakers to advocate for changes that make the ED safer for nurses and physicians.

“We’re pushing for federal legislation to protect nurses and healthcare workers from workplace assaults and to take a tougher stance on violence in the ED, making it a federal crime,” Schmitz said. “Several states have introduced initiatives to protect nurses, but in some cases, an act of violence against healthcare staff is a felony, while in other states, it would be treated as a misdemeanor.”

In contrast, airline employees who have also recently seen an increase in violence, have federal laws in place protecting them from assaults and intimidation. Schmitz would like to see similar laws applied to nurses and other healthcare workers.

Schmitz and the ENA also released a statement in June about assault weapons and recent acts of gun violence and sent a letter to Senators Chris Murphy and John Cornyn calling for a comprehensive gun safety bill focused on preventing mass shootings.

“The ENA is committed to being an active leader in addressing the epidemic of gun violence,” Schmitz said. “Our nurses are on the front lines caring for patients who are victims of gun violence, and they see the devastation resulting from assault weapons and mass shootings.”

Make your next career move using our job tool.

Nurse.com and HOLLIBLU Join Together To Grow Nurse Community

Will Good Samaritan Law Protect You if Providing Mutual Aid?

Geriatric Nursing: A Specialty in Need

What Is a Psychiatric Mental Health Nurse Practitioner?

Nurses on Tiktok Use Their Creativity to Entertain and Educate

The Benefits of Increasing the Number of Male Nurses

Drooling in Your Sleep: Causes and Treatments