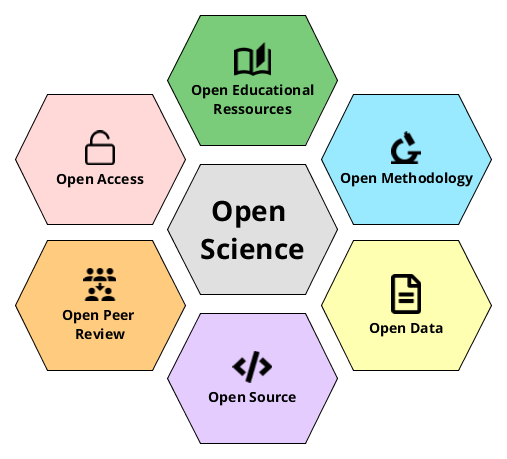 Using medical research in journalism has long involved finding ways past paywalls for journal articles, whether it was accessed through press registration, reaching out to authors, contacting journal publishers, befriending folks with institutional logins or tapping unsanctioned repositories like Sci-Hub.

But headlines at the end of August brought welcome news: publicly funded research — studies funded by the National Institutes of Health, the CDC, and other taxpayer-supported agencies — would become freely available to the public, regardless of what journal they were published in. President Biden issued a memorandum on Aug. 25 aimed at “Ensuring Free, Immediate, and Equitable Access to Federally Funded Research,” as the memo’s subject read, though “immediate” is a bit misleading since federal agencies have until the end of 2025 to comply.

The memo was directed to all federal agencies whose budgets include research and development that ends up in peer-reviewed journals. That includes the NIH and CDC and other Health and Human Services departments, the Environmental Protection Agency, NASA, National Oceanic and Atmospheric Administration (NOAA), and any other agency that funds scientific research, no matter how small their research budget is.

It seems the pandemic experience of open science was a driving factor for the memo. “The shift in practice during COVID-19 demonstrated how delivering immediate public access to federally-funded research publications and data can provide near real-time returns on American taxpayer investments in science and technology,” the memo states. “Immediate public access to COVID-19 research is a powerful case study on the benefits of delivering research results and data rapidly to the people. The insights of new and cutting-edge research stemming from the support of federal agencies should be immediately available—not just in moments of crisis, but in every moment.”

There has been a push for more open science — no-cost access to scientific studies for the general public without needing an institutional affiliation — for a long time. A 2013 White House memo directed all federal departments and agencies that spent at least $100 million on research each year to ”develop a plan to support increased public access to the results of federally funded research, with a specific focus on access to scholarly publications and digital data resulting from such research.” While that memo led to greater availability of studies to the general public, it also allowed an optional one-year embargo. That is, any study published using federally funded research could be withheld from free public access for 12 months from publication.

The new memo should mean the elimination of paywalls for any study supported by federal funds, but it won’t happen immediately. Agencies subject to the 2013 memo have six months to update public access plans, and others (with less than $100 million annually spent on research) have a year to develop and submit their plans. The deadline for completely developed policies is December 31, 2024, with implementation to follow within a year, no later than the end of 2025.

For peer-reviewed studies specifically, the memo requires publications “authored or coauthored by people or institutions resulting from federally-funded research are made freely available and publicly accessible by default in agency-designated repositories without any embargo or delay after publication.”

The memo also requires them to create transparent policies that protect research integrity in public access protocols and to coordinate with the White House’s Office of Science and Technology Policy (OSTP) to “ensure equitable delivery of federally funded research results and data.”

So, ill all raw data be a part of that? Will studies be available on journal sites or only on agency sites or sites like PubMed? What qualifies as “equitable” delivery? Will they be available in some form besides electronic? What about national security concerns for research commissioned by, for example, the Department of Defense?

The answers to those questions are what the federal agencies’ plans are expected to address, so it may not look the same across all agencies. Presumably, studies funded by the National Institutes of Health, CDC, and possibly the U.S. Environmental Protection Agency will be available on PubMed as many already are (after the 12-month embargo). One of the memo’s requirements that will likely apply to U.S. Department of Defense research, for example, is that agencies’ policies include guidelines for determining “security limitations.”

Equity appears to mean ensuring studies are available to those with disabilities since the memo specifically calls for “free online access” that “allow for machine-readability and enabling broad accessibility through assistive devices.” The plans also require publications to be publicly available “by default,” which hopefully means you won’t have to dig around to find the free version.

While many open access advocates are praising the move, journal publishers are, unsurprisingly, not thrilled, as this excellent article in Science describes. They’re concerned about the economic impact on journals and have argued that the 12-month embargo helps them cover editing, administrative and production costs. Though many publishers already have open-access journals, they are mostly funded through pay-to-publish models, which carry their own drawbacks. Other publishers, including the one for Science journals, are waiting to see guidance from the agencies before taking a stance on the memo.

The Science story notes the Office of Science and Technology Policy’s  goal of making sure “public access policies are accompanied by support for more vulnerable members of the research ecosystem,” such as using the federal grant money to pay for open-access publishing fees.

So, what does all this mean for journalists? The most obvious ramification is that it’ll be much easier to access a huge swath of research starting in 2025 without chasing down authors or people with institutional access to journals. But not all studies will become available: those funded by pharmaceutical companies and other private groups, including private foundations, can (and probably will) still be paywalled.

But there’s another element to this that I don’t expect many have considered: the even more pressing need to provide context to articles that journalists write about medical research. It’s certainly good news that anyone can access complete studies without needing to pay for them or get institutional access or other credentials. But the average layperson doesn’t have the skills and knowledge to fully understand and interpret the findings of many studies.

Those who have fought vaccine misinformation for decades have seen this firsthand, with anti-vaccine advocates making lists of studies that they claim show the dangers of vaccines. In reality, most of the studies on those lists don’t say what the anti-vaccine advocates claim they do, but it’s easy to misunderstand that if you’re not used to reading scientific research and recognizing the limitations of studies.

The same thing happened during the pandemic: those spreading misinformation and disinformation often misinterpreted or misrepresented studies or cherrypicked them to support their position. It’s always been essential for journalists to put research we cover in context, acknowledging other research on that topic and where the new study fits in that landscape. But that best practice will become even more paramount when the public has access to all publicly funded studies immediately upon publication.

Medical Fiction: Kyle and the Mistake

Why mandating boosters for college kids is a no good, very bad, dumb idea  – The Health Care Blog