Libraries as a mental health haven? 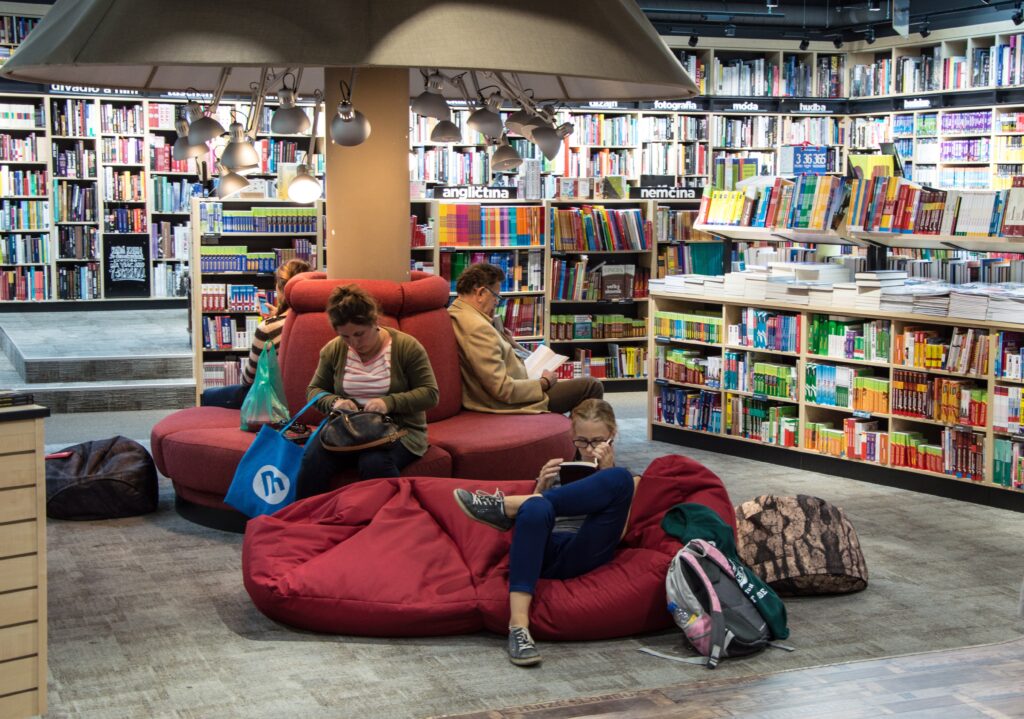 Several years ago, I recall talking to a New York friend about how awestruck I was that my hometown library had put out a welcome mat, if you will, to homeless people.

‘As long as you’re not a disruption, the librarians are cool with you being there. That would never happen in New York.’ I’d said that of the Central Arkansas Public Library’s main branch, one of my favorite haunts (especially now that I spend more time in my southern home than my northern one).

That state-of-the-art library is in the River Market, Little Rock’s touristy district of eateries, hotels, museums, music halls, and an amphitheater. Homeless people, including those whose mental distress is pretty obvious, tend to stand out there.

Over the years, at that four-story library, I’ve continued to see homeless people seated and typing at one in a small army of public-access computers; napping in a comfortable, upholstered corner chair; or sifting through newspapers and magazines in the periodicals section. Mostly, they blend in, behaviorally speaking. (Rarely have I seen someone being so disruptive they were demanded to leave.)

Witnessing how those homeless people were being allowed indoors — years before that became a thing for many library systems — reflected how we are — to borrow the proverb —one another’s keeper. For sure, that’s a mixed bag.

Further, journalist Rachel Scheier wrote of one San Francisco librarian: “Dunseth retired the following year at age 61, making an early exit from a 40-year career. “The public library should be a sanctuary for everyone,” she said. The problem was she and many of her colleagues no longer felt safe doing their jobs.

That encapsulates the complexity of making librarians official resources for matters, not at all related to books.

This 2020 article from the American Psychological Association, “Libraries as mental health hubs,” explores increasing efforts, beginning around 2015, to train librarians and, by extension, library patrons and other concerned people to be a resource for mentally and behaviorally troubled people. Increasingly, they are falling through the cracks of a mental and behavioral health care system that has neither the clinicians nor infrastructure to accommodate the need, including of mentally ill people whose anosognosia prevents them from accepting their illness or treatment.

The association’s article cited, as examples, California’s Mental Health Initiative, a partnership with the Institute of Museum and Library Services, and the Public Library Association’s Social Worker Task Force, which has been establishing best practices for meeting social service needs inside libraries. The New York Public Library has its Community Mental Health Project, which is a long way from when I used to watch security guards ask troubled people to leave the main library in Brooklyn.

Librarians are being trained in Mental Health First Aid, which New York City, among other municipalities, has championed.

At AHCJ’s Health Journalism 2022 conference, Abena Asante, senior program officer at the St. David’s Foundation, outlined its Libraries for Health pilot project, a mental health partnership with Texas libraries, during the “Building a mental health workforce from the grassroots” panel.

Stories of how libraries are hitting and missing the mark as a mental health resource can be told from almost anywhere. It’s a story with far-reaching implications and several points of entry. For example, a University of Albany researcher’s new analysis culled from 547,000 emergency department visits recorded by New York State health officials, concluded that sun radiation, high heat, humidity, and rain triggered severe symptoms of mental disorders among patients who landed in the ED for treatment. Already online and dated the September 2022 issue of the journal, Environment International, that analysis listed minorities, older adults and the uninsured as especially affected by those weather realities.

Inclement temperatures, fueled by climate change, is one of the reasons homeless people seek refuge in public places such as libraries.

How to create a healthy workplace in healthcare

Explorations in French Health Care! (Or what I did on my vacation!) – The Health Care Blog

What Is the 3-3-2 Rule for Predicting Difficult Airways?

Barcodes Are Us – The Health Care Blog