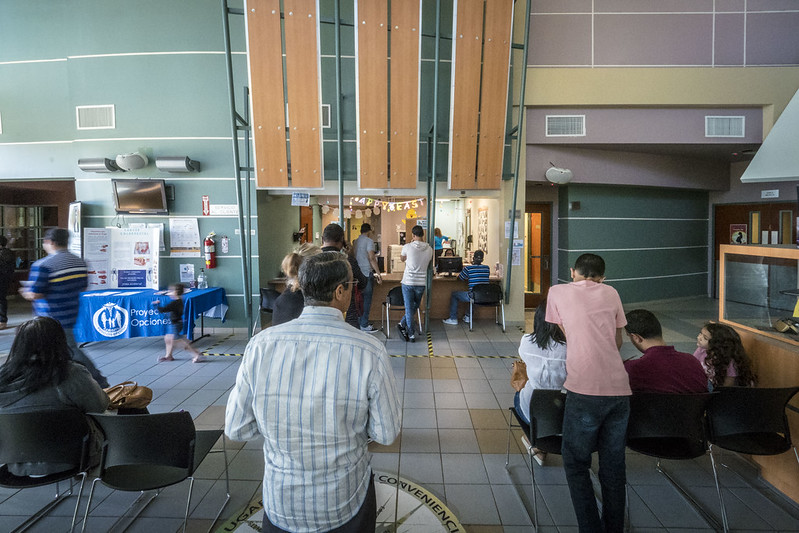 Photo by Preston Keres/U.S. Dept. of Agriculture via Flickr.

As the devastation Hurricane Fiona caused in Puerto Rico settles in, we may see more stories about the storm’s effect on access to health care. The recent news reports about the power outages suggest that primary and specialty services may be hard to come by for months, raising questions about what steps were taken to help the territory shore up its health care infrastructure after another hurricane pummeled the commonwealth five years ago.

The poor-quality care available to the nearly 3.3 million people living in Puerto Rico can’t be attributed solely to the natural disasters that devastated the territory over the past five years. In think tank briefs and scientific studies, public health experts who study health care trends in the archipelago have said the economic distress and damage to roads, hospitals, clinics and pharmacies caused by hurricanes and earthquakes made it more difficult for people to get preventive care services that had been limited for years, largely because:

With all this in mind, we’re sharing reports, studies and other materials that will help you give context to the short- and long-term effects that the unfolding public health crisis in Puerto Rico will have on access to primary and specialty care.

For a primer on Puerto Rico’s health care infrastructure before Hurricane Maria ripped through the territory in September 2017, take a look at this article from The Commonwealth Fund and this report from the Urban Institute. They offer historical information about and assessment of the financial structure of the health care system in a U.S. territory where more than 1.5 million people — or about half of the jurisdiction’s population — are enrolled in Medicaid.

In their findings, researchers from the Urban Institute noted that “health professional shortages, together with the structure of managed care contracts for the Medicare and Medicaid insurance markets, were thought to result in poorly coordinated care, difficulty receiving referrals, and long wait times.”

Although there are ongoing efforts in Puerto Rico to improve health data collection, accurate statistics have been historically hard to come by, in part because people living there haven’t always been included in national databases, federal reports and studies. In a joint statement published in the Journal of the American College of Cardiology, two cardiologists argued that “exclusions from these studies has had an impact on available disparities data and ultimately quality improvement. It also distorts the complete picture of health care disparities in the U.S. system.”

Scientists addressed that issue in a 2016 mortality study. Their findings suggested that the commonwealth’s population has a higher all-cause mortality rate, and a higher death rate from diabetes, nephritis, homicide/assault and pneumonia/influenza than their ethnic peers living in the U.S. mainland.

Citing previous research, the researchers said that “despite the steady increase of adult diabetes, preventive and inpatient care of diabetes and referral services to preventive care have been reported as suboptimal in the archipelago compared to the US and do not achieve the American Diabetes Association recommendations on preventive practices.”

For more resources that offer context about the population demographics and health care trends in Puerto Rico, check out this new tip sheet.

How Important Is Continuing Education for Nurses?

How Important Is Continuing Education for Nurses?

The Benefits of Creating a Food Safety Culture