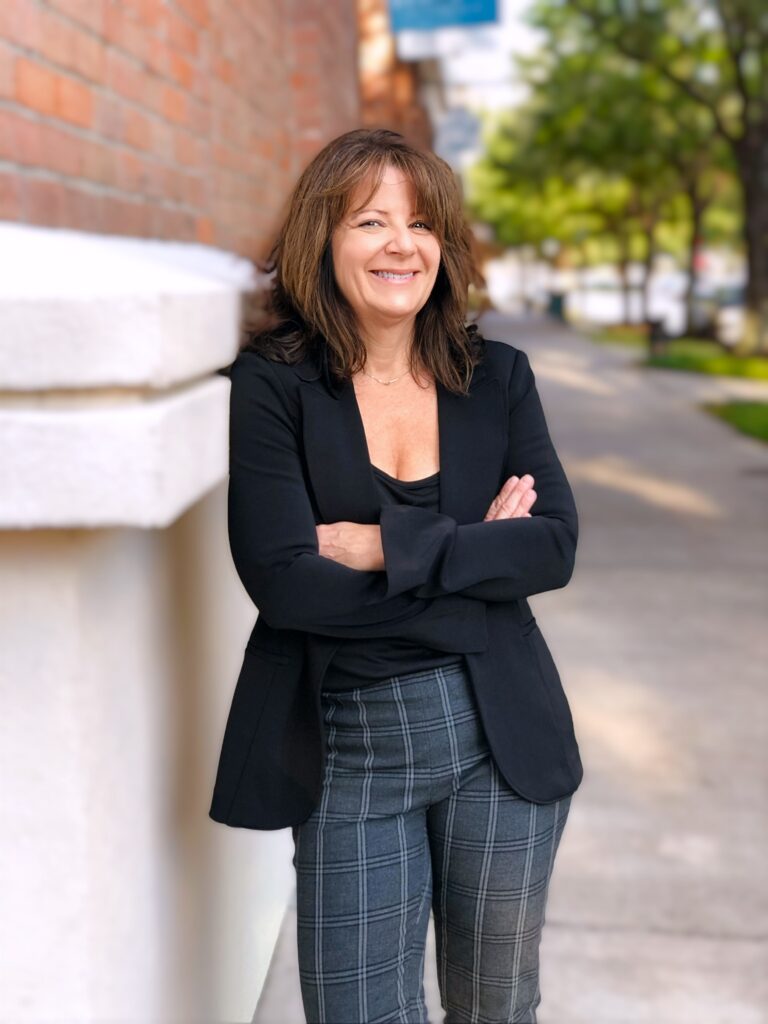 When reporter Sandy West took on an assignment to cover a Texas program that offers comprehensive mental and physical health services to survivors of sex trafficking who identify as men, she quickly delved into a topic she didn’t know much about. In a recent interview, West, an independent reporter based in Houston, talked about how she prepared for the story and things reporters should keep in mind when talking to people who share memories of difficult experiences. Her story was published in September in The Imprint.

This discussion has been edited for clarity and brevity.

How did you find out about this organization in Denton?

I found out about it because my editor at The Imprint had sent me some information about a mental health and trafficking seminar that the clinical director was doing.

How did you prepare for interviews, given that this was your first story about human trafficking?

I spent probably about a week [doing research] as I was simultaneously trying to do some interviews, and I did a backgrounder ultimately with the clinical director. Just researching the topic of child sex trafficking and human trafficking and trying to look for data and just trafficking in Texas. I just tried to learn as much as I could so that when I went in and asked questions, I was asking questions that actually made sense.

When you did the backgrounder with the clinical director, was that a pre-interview or the main interview?

Because I don’t do a lot of breaking news stories anymore, when it is a sensitive issue, I try my best to have a pre-interview conversation or a backgrounder. That way I can learn more about this subject to make sure I feel like I might be able to confidently write about it.

But it [pre-interviews] also gives people I’m interviewing a chance to ask me questions, and they feel comfortable sharing their experiences with me because, ultimately, I’m responsible for telling their stories and for carrying their stories through to editing and protecting them during the editing process. They need to have confidence in me.

Why do you think it’s important to conduct a background interview?

Well, sometimes it’s not a separate experience. I’ve done stories where I’ve said, let’s just take maybe five or 10 minutes. Let me tell you a little bit about me and the outlet, and you can ask me any questions you want about me and the outlet. I’m going to be an open book with you, and then I’m going to learn a little bit about you to make sure that I feel I can do justice to your story.

Sometimes it’s a longer thing. And like with this story, it was a little bit longer because just given the depth and breadth of human trafficking and child sex trafficking and the fact that I was narrowing in on this demographic of individuals who are so often overlooked. I think that everybody understood it was really important that we all had the time to explore the things that needed to be explored before I started writing.

Did you read up on human trafficking terminology before your interviews?

There are a lot of organizations that deal with human trafficking, and given the way the world is, some of them are less credible than others. But I try to go to sites and outlets like the National Center for Exploited Children, the Polaris website, some of the government websites, and law enforcement websites.

I think it’s really important, if possible, to get a handle on the terminology because words can have different meanings depending on what subject matter you’re dealing with. Sometimes you can think you’re asking something that you’re really not if you’re not being clear. And it makes it difficult to give you a good answer. And sometimes, it just comes across as a lack of compassion.

I also went to the Bob’s House of Hope website and spent a lot of time reading through the story of Bob Williams. I thought that it would be important to understand where he was coming from and how he seemed to be approaching this really unique venture he was starting.

There’s actually not a lot, to be honest. Focusing on trafficking and trying to stop child sex trafficking, it’s not a field that has been around for a really, really long time. So, most of the data that’s been collected has been focused on young women and girls. But even that, there’s not a ton of it because you don’t know the effects of trafficking until you actually are connected with the person who’s been trafficked, and that can be very, very hard to do. So, when you’re then talking about boys, who are a hugely overlooked demographic, and just impossible to overstate how much they’ve been overlooked in the narrative because societally, we always think of men and boys as being perpetrators instead of victims. That’s just a field where getting data was incredibly difficult.

What, if any, were some of the challenges that you faced in your reporting?

Well, I mean, getting the data. Because you want to quantify these stories. I mean, it’s important for the telling of the story, but it’s also important for us to understand as human beings, I think, that this is just not something that’s a town-over kind of issue. But when that data doesn’t exist, it’s so hard to do that.

It was also pretty challenging to find people who had survived the experience of being trafficked. And I think that’s probably true for everybody who is trafficked for sex. There’s still such a stigma about that. But when you’re talking about boys especially, in the story I quoted therapists and people with lived experience. They were saying the stigma is so great that there are men in their fifties and sixties who are just now coming to terms with the fact that they were trafficked when they were younger.

And so finding people who are in a place where they can talk about it was not easy to do. I’m very grateful for the two men who stuck with me because it’s really difficult.

Is Surgical Excision of Parameatal Urethral Cyst Necessary in Children?

Is Care Navigation Healthcare’s Next ‘Gold Mine’? Quantum Health’s Move to Win Over Larger Employers – The Health Care Blog