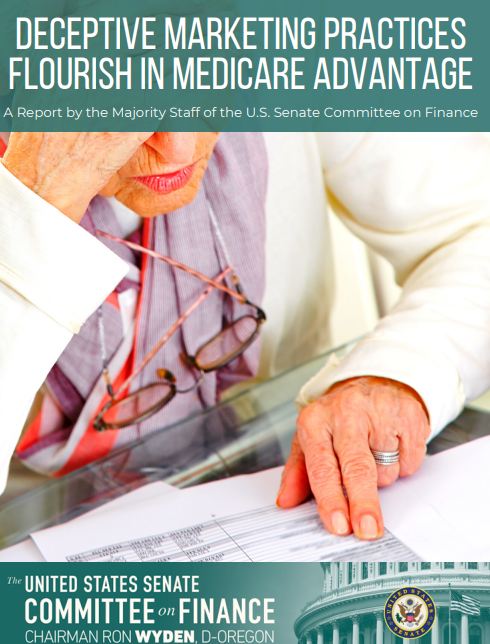 Seniors signing up for Medicare Advantage (MA) during open enrollment (which ends Dec. 7) have more reasons to worry now that reporters at Kaiser Health News, MedPage Today and elsewhere have continued to uncover significant problems with these private managed care plans.

During open enrollment, reporters have a responsibility to explain the problems seniors may face with MA plans and to warn them about deceptive marketing practices.

And health care journalists should ask officials at the federal Centers for Medicare and Medicaid Services (CMS) why it sets higher rates for health insurance brokers selling MA plans than the rates it sets for brokers to register seniors in Medicare Supplement (also called Medigap) plans that might be more appropriate for their needs.

We should pose this same question to members of Congress concerned about the solvency of the Medicare trust fund.

Last month, we explained some of the problems Medicare members face when enrolling in MA plans, including frequent care denials, narrow networks that limit members’ choice of physicians and hospitals and the trouble members face getting out of MA for better coverage in Medigap plans.

On Nov. 4, Cheryl Clark reported for MedPage Today that seniors seeking to enroll in MA plans often fall victim to marketing scams and deception that result in beneficiaries getting switched without their knowledge to plans that don’t cover their providers or their needs. For that article, she cited a new 27-page report from the Majority Staff of the U.S. Senate Committee on Finance, “Deceptive Marketing Practices Flourish in Medicare Advantage.”

After collecting complaints from 14 states, Medicare advocacy groups and the federally funded State Health Insurance Assistance Programs (SHIP), the committee found a consistent national picture of deceptive practices, including seniors facing bait-and-switch schemes and aggressive and sneaky tactics to get seniors to enroll in MA plans, she added.

Reuters columnist Mark Miller also covered the Finance Committee’s report, noting that last year, CMS got 39,617 complaints about the marketing of Medicare Advantage and Part D drug plans, an increase of 155% over the number of complaints received in 2020.

As we noted in our earlier coverage, Clark reported that CMS officials cracked down this year on misleading and incorrect ads from health insurers promoting the low premiums and additional benefits available in MA plans. In addition to receiving complaints about confusing, misleading, or inaccurate ads for MA plans, CMS said it also used secret shoppers to document deceptive telephone pitches from agents and brokers selling MA plans.

Then CMS sent letters to all MA health insurers that some sales agents were pressuring beneficiaries and failing to provide accurate or complete information to help seniors make informed enrollment decisions.

Christopher Westfall, an insurance broker for Senior Savings Network, told Clark that depending on the plan he’s selling, he gets paid about twice as much in commissions for enrolling a new beneficiary into an MA plan for next year (meaning 2023) compared with enrolling that same person into a Medigap plan. Westfall is licensed to sell health plans in 47 states.

Earlier this month, Gretchen Jacobson, vice president of the Medicare Program at the Commonwealth Fund, reported on Twitter that brokers’ commissions generally are higher if seniors enroll in MA plans rather than in traditional Medicare plus a Medicare Part D (prescription drug and a Medigap plan). Last year, The Commonwealth Fund covered this topic in a report, “Agent Commissions in Medicare and the Impact on Beneficiary Choices.”

“For example, for 2022, CMS has set the maximum national commission for first-time enrollment in MA at $573 per beneficiary for most parts of the country,” the report noted.

Once members are enrolled in MA plans, health insurers can make more money by doing health risk assessments on members and reporting that those members have high health risks, Jacobson noted on Twitter.

Fred Schulte and Holly Hacker recently reported for KHN and NPR that newly released federal audits show widespread overcharges and other errors from MA plans and that some plans overbilled the government more than $1,000 per patient per year on average. Some of those overcharges likely resulted from health insurers doing health risk assessments on members and finding more health risks, thus increasing what Medicare pays for those beneficiaries.

“The government’s audits uncovered about $12 million in net overpayments for the care of 18,090 patients sampled, though the actual losses to taxpayers are likely much higher,” Schulte and Hacker wrote. The nation’s largest health insurers run MA plans, which are a fast-growing alternative to original Medicare, they added.

The summaries of 90 government audits show that the CMS examined health plan billing records from 2011 through 2013. KHN got the records exclusively through a lawsuit the news site filed in 2019 under the Freedom of Information Act.

Hypercoagulability at High Altitude, Induced by Transferrin which is Upregulated by Hypoxia and Low Temperature

Hypercoagulability at High Altitude, Induced by Transferrin which is Upregulated by Hypoxia and Low Temperature

Give Kids a Healthy Itch – The Health Care Blog