Why using the term ‘immunity debt’ is problematic for reporters

About Bara Vaida and Tara Haelle 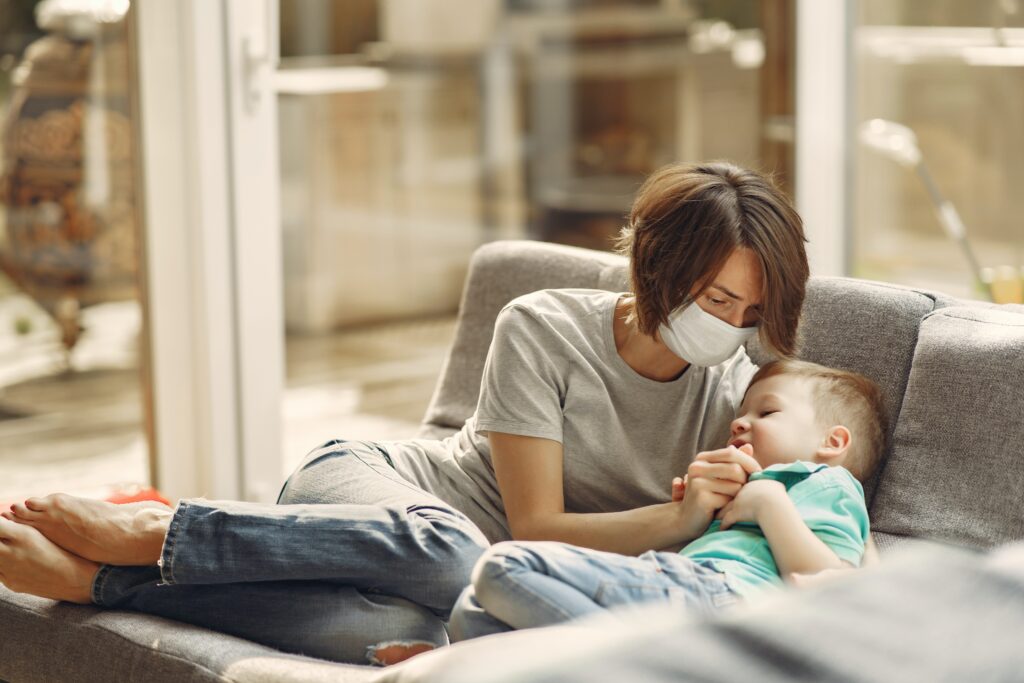 Photo by Gustavo Fring via pexels.

As the number of hospitalized children with influenza, RSV, COVID-19 and other infections continues to soar, multiple media outlets have published stories suggesting one of the causes of the severity of illnesses is “immunity debt,” because of social distancing and masking measures taken during the height of the pandemic.

But infectious disease experts say the media should be very cautious about using “immunity debt” since it is not an established term in epidemiology. “Immunity debt” has been used to describe a real phenomenon that is playing a role in the high volume of RSV cases, but it’s also been used to describe a spurious idea that it is causing respiratory illnesses to be more severe.

Cases of respiratory illnesses in children and adults, other than COVID-19, were historically low in 2020 and into the 2021 winter season. The reason for that is that viruses had fewer human reservoirs in which to reproduce and spread, as this was the period of the strictest quarantine and isolation periods of the pandemic. Once people returned to a near-2019 style of living, including going to crowded events and social gatherings, viruses once again had the ability to spread.

So, wearing masks, social distancing, and other non-pharmaceutical interventions simply delayed infections until people began interacting again, thus enabling the spread of viruses, once again. There is no evidence that those interventions weakened the immune system and made people more susceptible to disease today than they otherwise would have been.

Public health officials are concerned that the media usage of “immunity debt” is being confused to mean that children’s immune systems were weakened due to lack of exposure to pathogens, an idea which is bolstering arguments by those who oppose masks and vaccinations and instead argue that children need to be exposed to pathogens to strengthen their immune systems.

For context, the term “immunity debt” is a social media construct. It was not widely used until mid-2021, when a Wall Street Journal story began circulating on Twitter quoting a French research paper, according to the Counter Disinformation Project, a nonprofit funded by the UK’s Arts and Humanities Research Council that assesses accuracy and UK media. Then the number of media stories using the words “immunity debt” exploded.

The French study suggested that when people avoided each other, they failed to develop immunity against viruses that come with normal day-to-day contact, but there is no established science demonstrating this theory, according to T. Ryan Gregory, a professor of evolutionary biology at the Department of Integrative Biology Institute of Ontario at the University of Guelph in Ontario, Canada. Indeed, a search of “immunity debt” in PubMed, yields almost nothing related to infectious diseases prior to 2021.

“The idea was made up specifically for the COVID pandemic,” Gregory wrote in a Tweet.

“Immunity debt as an individual concept is not recognised in immunology,” Deborah Dunn-Walters, a University of Surrey, England professor of immunology told the Financial Times. “The immune system is not viewed as a muscle that has to be used all the time to be kept in shape and, if anything, the opposite is the case.”

People may have gotten the unsubstantiated idea of “immunity debt” from the emergence of the controversial hygiene hypothesis, which argued that children may be more susceptible to allergies and asthma because their home environments are too clean, and kids just need to play in dirt to be exposed to environmental microbes.

“The argument there is let your kids play in the dirt. Let them get exposed to microbes. It’s not ‘let them run around in a biohazard lab,’” Gregory told Salon. “Suggesting that unless you’re getting infected regularly with pathogenic viruses, your immune system will be weakened, just runs into a logical problem.”

Some articles, such as this one by Johns Hopkins Amesh Adalja, M.D., use the term to describe the accurate, evidence-based reason that we’re seeing a higher number of respiratory virus illnesses right now, especially RSV. Nearly all children are exposed to RSV by age 2, develop an infection, and subsequently develop a weak immunity to RSV. For the past two years, however, far fewer children have been exposed to RSV because of distance learning, lower daycare use, social distancing and mask-wearing.

Now that children are behaving more like they were pre-pandemic, the infections they would have had then are catching up now — it’s a delay in infections. Instead of one birth cohort being exposed to RSV for the first time, several are being exposed for the first time, leading to more cases. RSV infections also confer weak immunity — most children have RSV infections multiple times throughout childhood that are rarely more serious than a common cold — so many older children who did not catch RSV in the past two years are also catching it now. In a way, what we’re seeing now is the opposite of flattening the curve: the cases are bunched up.

Therefore, the “debt” is the lack of infections due to simple lack of exposure to pathogens at all, not because of weakened immune systems from lack of exposure. As science communicator Edward Nirenberg noted on Twitter, the biggest problem with the term “is it suggests you need to get sick to stay healthy,” which has no scientific basis. Virologist Ian Mackay has also explained nicely the reason for so many respiratory cases right now in his short Twitter thread.

ASMR and Sleep – The Sleep Doctor