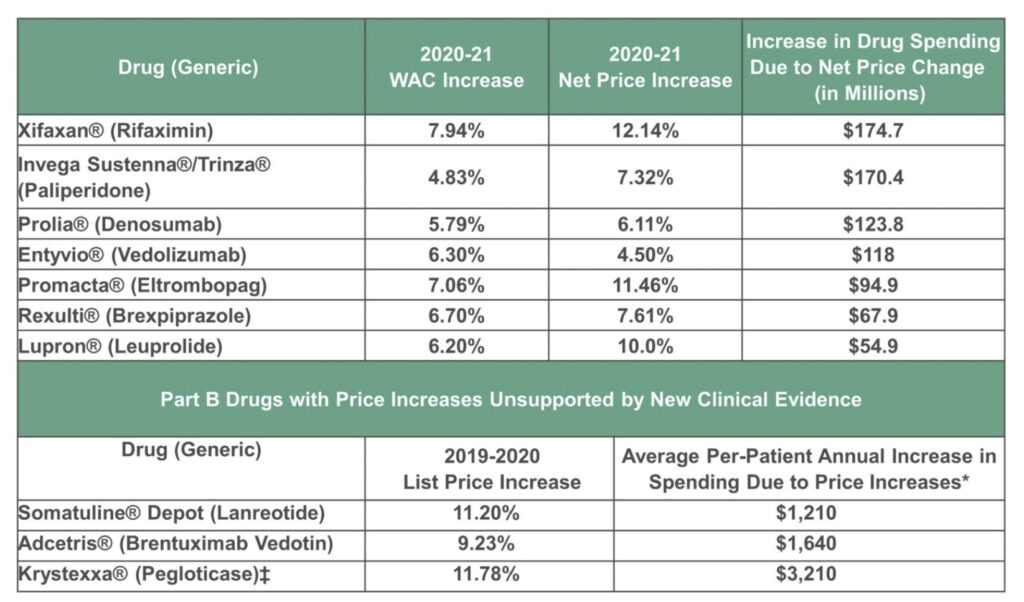 Silverman based his reporting on an analysis from the independent nonprofit Institute for Clinical and Economic Review (ICER) that analyzes evidence on the effectiveness and value of drugs and other medical services. ICER released that report, “Unsupported Price Increases (UPI) of prescription drugs in the United States,” on Tuesday, Dec. 6.

Rising drug prices is an important issue for all health care journalists because, as Silverman and other journalists noted, the increased prices on those seven drugs alone caused patients and health insurers to spend an additional $805 million last year.

The prices drugmakers charge for prescription drugs is important for three other reasons:

First, until ICER started doing this research in 2019, there was no systematic approach at the state or national level to determine whether new clinical evidence or other factors would justify such price increases, the report noted. This year’s report is the fourth that ICER has produced.

Second, Americans spend more on prescription drugs than anyone else in the world, as Robert Langreth reported for Bloomberg in July. The average costs of these drugs are about $1,300 per person per year, and the median launch price of a new drug in the United States last year was $180,000 for a year’s supply, he added.

Third, private insurers and government programs pay for most of the costs of prescription drugs, but those high costs ultimately are passed on to citizens through higher health insurance premiums and through the taxes they pay to state and federal government, Langreth explained.

Bhanvi Satija covered the ICER report for Reuters, explaining that in its report last year, a significant reason for the growth in spending resulted from price increases on one drug, Humira, a medication from Abbvie for patients with rheumatoid arthritis. That drug alone accounted for an almost $1.4 billion increase in U.S. drug spending, representing more than 80% of the total increase in spending in 2020, she wrote.

In her coverage, Satija quoted ICER’s Chief Medical Officer David Rind saying the report this year showed the total increase of $805 million was more spread out among different medications.

In this year’s 143-page report, ICER assessed the top 10 drugs with net price increases last year that had substantial effects on drug spending in the United States, ICER said, and found that seven of those drugs lacked adequate new evidence to support any price increase.

Since 2019, ICER has published annual reports assessing whether new clinical evidence or other information has appeared that could support the price increases of drugs whose recent, substantial price increases have had the biggest effect on national drug spending.

For this year’s report, ICER got a list of the 250 drugs with the largest sales revenue in 2021 from SSR Health LLC, an independent investment research firm, ICER explained in a press release.

To assess which medications to analyze more closely, ICER analyzed the increases in the wholesale acquisition cost (or list price) that exceeded the consumer price index plus 2%, the report noted.

Experiencing Racism Tied to Doubled Odds of Depression During Pregnancy

ASMR and Sleep – The Sleep Doctor