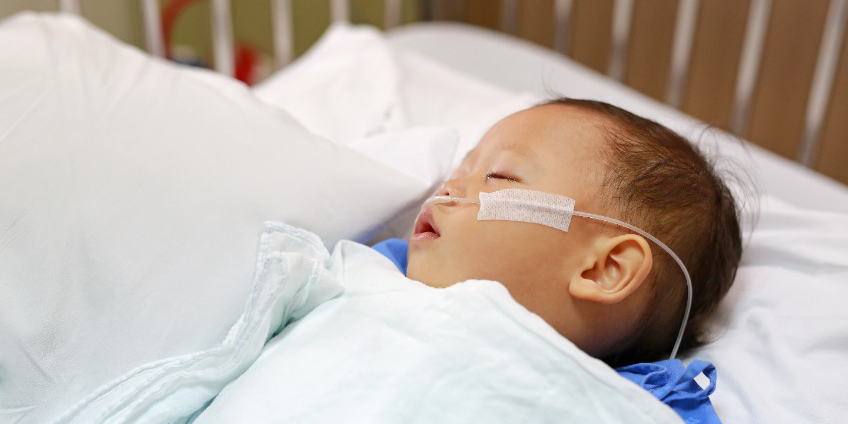 Before the fall of 2022, most people were not thinking much about respiratory syncytial virus (RSV), even though most children get the illness by age 2, and even adults get the disease. But a remarkable surge of RSV cases, coupled with a heavy flu season and ongoing COVID-19 infections, is creating a trifecta of respiratory diseases that is wreaking havoc and pushing hospitals to the limit, and EMTs are seeing an uptick in calls concerning those facing serious symptoms.

While its symptoms are often mild and cold-like, RSV is especially dangerous to newborns, infants under 4 months, children with weakened immune systems or lung diseases, and adults over 65, who frequently have coexisting conditions. During a normal year, in fact, there are 6,000 to 10,000 deaths among seniors and 100 to 300 deaths in children younger than 5 from RSV, according to the CDC. It should be expected those figures will be on the high end of those ranges this year.

Amid this large increase in respiratory illnesses, responders must be aware of treatment techniques for those who experience an exacerbation of symptoms that leads to a medical emergency, particularly the unique airway considerations for pediatric and geriatric patients.

RSV, specifically, causes an infection in the lungs and breathing passages, and unlike influenza, it mainly affects these areas. As such, most symptoms are cold-like, such as runny nose, coughing and sneezing. That all sounds low-key and manageable, but more severe cases may present with fever, wheezing, rapid or difficult breathing, and a bluish hue to the skin because of a lack of oxygen. Infants may display all these symptoms, along with a pronounced struggle to breath, lethargy, irritability and poor feeding.

In worst-case scenarios, particularly among young children, RSV can lead to other serious lung conditions, including pneumonia (infection of the lungs) or bronchiolitis (infection of the small airways in the lungs). When these conditions are exacerbated, there can be fluid in the lungs, excess secretions being coughed up or obstructing the airway, and a lack of oxygen from difficult breathing. At this point, emergency treatment may be necessary for airways and the lungs.

Pediatric patients — and geriatric patients, for that matter — have more delicate airways than a healthy adult in their prime. Along with the obvious fact that young patients have more narrow airways, it all increases the potential complications from emergency airway management, particularly the suctioning required before intubation or providing oxygen. These complications include trauma, cardiac arrhythmias and hypoxemia (low level of oxygen in the blood).

These complications can go beyond medical issues. Children often have less control of their emotions than adults. They may overreact to invasive treatments, such as tracheal suctioning, out of fear and distress. And considering very young children won’t be able to communicate their fears verbally, it creates a difficult situation. To help mitigate the emotions, use these tips:

When it comes to the actual procedure, suctioning children, especially newborns, has specific considerations to keep in mind.

The RSV surge is highlighting the dangers of respiratory diseases for young children, but the right technique and equipment can prevent a serious situation from devolving into something graver. Therefore, first responders must have a variety of child-sized respiratory equipment on hand, including catheters and tubing for suction machines. Portable suction is equally important, since it allows the first responder to go to the child rather than attempting to move a child who is already in distress.

For help choosing a suction machine for your patient population, download “The Ultimate Guide to Purchasing a Portable Emergency Suction Device.”

How Physicians Can Adjust to Working in Toxic Environment

What Is the Algorithm for Airway Management?

A Guide to Identifying and Managing Lower Airway Issues

Choosing the Best Portable Suction Unit for Your Needs

8 Complications of Endotracheal Suctioning and How to Prevent Them

How Physicians Can Adjust to Working in Toxic Environment