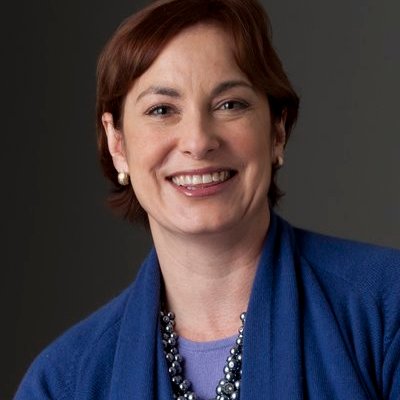 When longtime NPR journalist Kitty Eisele became a full-time caregiver for her dad, she found herself unprepared for the medical, legal and emotional challenges of elder care. So, she did what any good journalist would do. She started reporting. Eisele created the Twenty-Four Seven podcast, now in its third season, which explores living, dying and what our loved ones mean to us.

In this “How I did It,” you’ll learn more about Eisele’s storytelling process for her podcast. This conversation with has been edited for clarity and brevity.

What do you hope to achieve through your storytelling?

First and foremost, doing a first-person story about this, I felt like I could find other people and not feel so alone.

I didn’t understand how to care for my dad. The systems were opaque. The costs were enormous. The kinds of needs he had kept changing. Initially, I just started taking notes on my cell phone. It wasn’t like I went out as a radio reporter and put a mic in his lap, but I thought I might as well tape some of this.

Then, I started calling people for help because there were all these elements that I was having trouble even articulating.

In one of the early episodes [of my podcast], I talked about having to give him [my father] a shave when he was in the hospital. My sister and I were trying and it was a mess. And then I found somebody who designed a razor specifically so that you could give someone a shave away from a sink or water.

How does telling these stories on your podcast help you cope with your own journey and subsequent loss?

It was a process of thinking it through and writing it down and trying to shape it and then put it out in any way that I could wrestle while I was taking care of him and working. That somehow was going to be a bit of comfort to me — that I could get control over the situation by shaping it. Now it’s finding other peoples’ stories so we can really make this a visible activity because right now it’s invisible.

You ask others to tell their stories. Is it difficult to get them to open up?

For each interview, I tried to find an element of what someone was going through or had learned or was confronting so that each episode is slightly different.

One thing that’s been wonderful is younger people doing very short diaries with the elders they’re caring for on Tik Tok and Instagram. I wouldn’t have done that with my dad. I’m just not that generation. But I think that was a great way of bringing visibility to what many of us are doing but the rest of the world doesn’t know it.

How do you balance discussing these serious issues with providing some spark of hope or empathy for other caregivers who are listening?

That has been the hardest challenge. I don’t want to listen to 20 minutes of a downer story. I already lived it. It has been a little challenging to figure out how to find not a phony hope or a smarmy thing. Which is why I like how some of the social media people are doing it more colorfully or positively.

The third season has been about where we are in culture. Why are [caregivers] so invisible? It’s not something people want to make a movie about. Aging itself and caring are starting to appear in popular culture, probably because there are more boomers at the helm of studios and publishing firms that can say, “Yes, we’re going to put that out.”

Visibility is so crucial. Most people are doing caregiving at home or in institutions. Unlike when you’re a young parent, we don’t see caring as day-to-day life. We don’t see elders that way. We don’t see the care needs that way. And that’s a loss.

You cover this issue with caring and sensitivity. What advice do you have for journalists when speaking with family caregivers or people experiencing cognitive decline?

It’s really important to represent someone’s activities, life’s achievements before we talk about their limitations and their complications. For anybody covering this, the necessity of keeping things short and tight may mean that you’re presenting someone at their most frail.

That’s not their only story. That’s not the picture we have of them. But we do need that picture. And, there’s lots of reasons people don’t want to disclose that. I didn’t even want to expose my dad. I didn’t put much tape of him in my podcast because I just felt like I didn’t want to take away his dignity. And I even felt a little funny about being so disclosing. But my dad was a writer. His parents were journalists and columnists, and my grandmother, particularly, wrote these country life columns from the 1930s on. So, I felt in some way there was some permission around this.

Is there anything else that journalists should consider when reporting on Alzheimer’s and family caregiving?

Everybody who is publishing a book about this save, very few, is usually a white woman. This is not a white disease. We’re trying to do some work in the Rio Grande Valley where the funder, The Biggs Institute for Alzheimer’s and Neurodegenerative Diseases , part of the University of Texas at San Antonio, is running clinical programs because some Hispanic populations have higher rates of Alzheimer’s and African Americans do as well.

I’ve really challenged myself to try to widen that scope. I’m talking about people who are caring for family members, and there are 54 million of us caring for someone over 50, unpaid. Fifty-four million. You wouldn’t know that.

The other whole part of this is the paid workforce. And we have to do better by them. I don’t think we look at care work as knowledge work but it is, and it’s physically demanding and taxing. And historically, we’ve outsourced it to women and women of color.

Kitty Eisele is an Emmy Award-winning writer/producer. She produces and hosts Twenty-Four Seven: a podcast about caregiving, and also teaches journalism at Georgetown University in Washington, DC. You can find her @RadioKitty on Twitter or on Instagram at 247_podcast.

Steps to Earn a Legal Nurse Consultant Certification in 2023

Give Kids a Healthy Itch – The Health Care Blog

In Atrial Fibrillation Patients, Assessing the Incidence and Burden of Tricuspid Regurgitation